When I decided to do a preservation of Little Orphant Annie, I also decided to start my own video label. It was a calculated risk, and it remains to be seen if it pays off. I’ve done much work for major labels, including Shout! Factory, Kino, Flicker Alley, etc, and I’ve helped smaller labels including Cartoons On Film, Undercrank, and Thunderbean. But Annie was different. It was my baby. I’d gotten it through numerous hurdles, and I really didn’t want it to be announced as NEW RELEASE FROM XXX VIDEO! PRODUCED BY ZZZ and with restoration by some dude named Eric.

Besides, none of the other labels wanted to release it anyway. Well, some of the smaller labels would have been willing, but then it would have been the same thing, and I didn’t want to do that. Now, many of you will be out there saying, “That Eric is just a credit hog and wants to get his name out there. What a ham.” Well, in a way that’s true, but overall it isn’t. 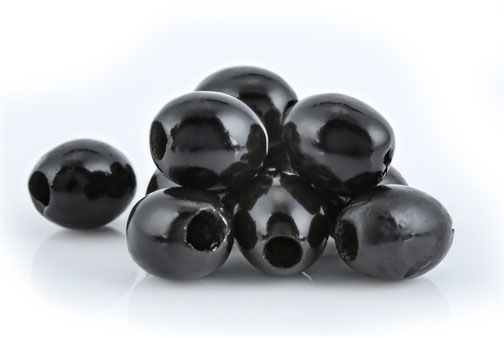 You see, I do a lot of film work, and preservation especially, but no one knows who I am. Well, some of you do, particularly if you read this blog, but in general, I’m an unknown quantity. That works out very well for me in some ways, because I’m the guy who likes to stand in the corner at parties and eat black olives until everything is over, but it doesn’t work out for me in other ways. By staying unknown, it reduces my chances to do other, more interesting work. There has to be a compromise between me standing silently in a corner and me being a ham who just has to be in front of an audience all the time. It’s a tough balance to find.

So Annie was my first shot at this. If you’ve been following me on Facebook, then you’ll know that it was the first of two giant preservation projects that I did starting in 2016 that have only recently reached fruition. The other one was the Milan Miracle Basketball films, which are the original game films of the David-vs.-Goliath basketball championship in Milan, Indiana that inspired the movie Hoosiers (1986). In both cases, the films needed preservation, and no one else had the immediate capacity to do it. If I hadn’t done them then, it would be too late for at least some of the elements by now.

I had to do a bunch of research on the DVD and Blu-ray formats. This is why I sometimes put polls up on my Dr. Film Facebook page. Some people do on-demand DVD publishing, which is easiest to do, and takes the least up-front money. But you can’t do Blu-ray discs on demand through Amazon, so that put the kibosh on everyone who said, “WE WANT BLU-RAY, NOT DVD!” Of course, then there were the other folks who told me that they didn’t want to buy a Blu-ray player, because their old TV works just fine, thank you, so could you put it out on DVD?

Thunderbean and Cartoons On Film have a good answer for this. They make combination packs of DVDs AND Blu-rays, both of which are functionally identical. That way, if you buy the package, there’s a disc for whatever your use is, and it saves the publisher from having to do separate art for the Blu-ray and the DVD boxes, because they are different sizes. That said, I guarantee that at shows I’ll still get people that tell me that they want one or the other and that this disc won’t play in their system.

Except it wasn’t. In order to get a software package that would do DVDs, Blu-rays, and support commentary tracks, I had to use a piece of software that is so horrid I shall not name it. Versatile it may be, but user-friendly it is NOT. I also learned the Blu-ray is a Sony monopoly, so every disc professionally pressed has to go through a Sony employee for approval. This is why Blu-rays cost so much. High-demand ones are fairly cheap, but the first run of them is expensive because you have to pay for the Sony guy. This is why Harry Potter Vs. Spider-Man’s Avengers is only $3 while Little Orphant Annie is expensive.

I thought that on-demand would be a lot cheaper for raising seed money, and if it didn’t work out, then I wasn’t out the minimum Blu-ray order of 1000. Many people told me, “It’s a boring old silent film! It isn’t even that good! You’ll never sell 1000!” Others said I would probably sell them, but it might take a while.

I thought I’d also try to do some on-demand to see how that went, too. Toward that end, I remastered the Dr. Film TV pilot we made in 2008. If you’ve followed the blog, then you know that we tried to sell this to TV for years and no one cared, and the blog and Facebook page were made to promote the show. The irony is that we tried to sell a show that no network  wanted to buy, but we succeeded in selling the blog and Facebook pages, so we’re still marketing Dr. Film, even though there isn’t a show in the works…

There was no reason to release Dr. Film as a Blu-ray, since we shot it in standard-definition. Glory-June Greiff and I sat down and recorded a commentary track in which we discuss what went in to making the pilot and how we really didn’t understand how to market it. If you decide to buy the DVD, then make sure to listen to the commentary track, because it’s probably even more fun than the show.

My strategy is starting to work! I have been approaching archives to see if they’ll work with me on my next restoration project. Instead of hearing the phone click in my ear, I’m now hearing, “Oh, yeah! You’re the guy who did Little Orphant Annie! That was cool!” So those doors are opening. That means I can start to do more things now.

My last task, after the restoration was done and the Kickstarter thank-yous sent out, was to pick a name for my label. I sweated over this. Dr. Film is a bit silly, but some people know it. Others know me only by my own name, which is important too. I ultimately decided that I’d be Eric Grayson (Dr. Film) to cover both bases. Yeah, it’s kinda lame.

Maybe you have a better idea for a name. I’m always willing to listen. You’ll find me at the next film restoration gathering. I’ll be the guy standing in the corner eating black olives. Come and say hi.