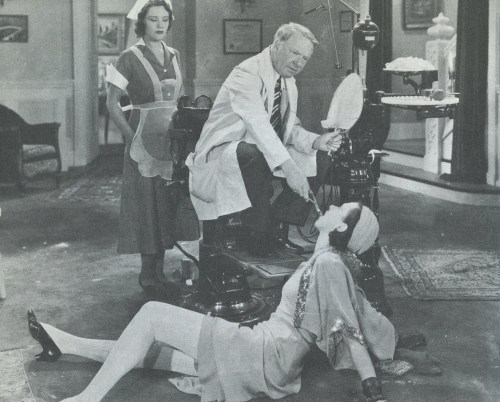 I am frequently fascinated to discover the diversity of supporting players employed by WC Fields (“our man” in this title.)  Fields liked to portray himself as a misanthrope of the highest order, but I think this is a great facade he put on to disguise the fact that he was a softhearted sentimentalist.

There’s been a lot written on Fields, much of it by people more qualified than I am, including Fields’ grandson, Ron.  Simon Louvish has a theory that Fields became the characters he played.  I can’t say; I wasn’t there.  I can only look at some of the incidentals and comment on what they show me.

Some of this could easily be explained by the fact that Fields worked with contract players at studios.  They might assign who would work with Fields on a particular picture.  That doesn’t explain all of it, though.  Irving Bacon worked with Fields in nine pictures by four studios.  Elise Cavanna’s meager five appearances with Fields are in both the silent and sound era and follow Fields from the Astoria studios in NY (where his silents were shot) to the Paramount Studios in Hollywood (where his talkies were shot).

The only conclusion that I can reach is that WC considered these people great friends and he must have lobbied to get them work.  Most of them did other picture work, but many will list a Fields picture as their first work.  Ron Fields documents WC trying to get Grady Sutton for The Bank Dick when Universal complained that there were other actors who would be just as good in the part.

Some of these are brilliant, eclectic people, just as WC was himself.  He seemed to attract genius-level people to him, and they stayed in his orbit for years. 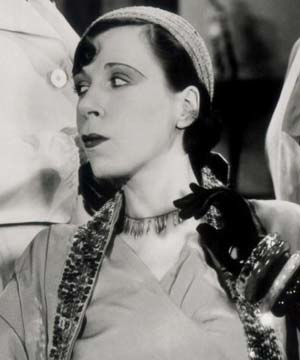 One of these geniuses was Elise Cavanna.  She was often seen hanging out in Fields pictures, but she’s probably best remembered as the “lady rassler” patient in The Dentist (1932).  As Fields attempts to pull her tooth, she recoils in pain and wraps her legs around Fields, getting her feet stuck in his pockets as he pulls her around the room.  (This scene was censored when Raymond Rohauer reissued the film in 1949, but restored in subsequent prints.)

Tall and lithe, Cavanna could never be described as beautiful, but she was certainly striking, with a memorable presence. She was one of those people who did a lot of different things in her life.  Like Fields, she was born in Philadelphia, but it’s likely they met when she was doing the Ziegfeld Follies with him. Many sources claim she studied dance with Isadora Duncan in the early 1920s.  I’ve not been able to verify that she did, although apparently she did dance in the Follies for a while.  The popular story is that Cavanna studied with Duncan in Germany, but it could also have been at Isadora’s school in Paris. We know that Cavanna spoke French, given the fact that she translated captions for a book of drawings by artist Jean Charlot.

Cavanna was a strict vegetarian, and wrote a book about low-fat cooking.  Fields laughed at her about this, saying that that healthy living was useless since you were only going to die anyway.  For those few who might not know, Fields‘ lifestyle was distinctly unhealthy.  Ironically, he lived to be 66, while Cavanna only made it to the age of 61.

Most importantly, however, Elise Cavanna was a major artist, mostly in abstracts, and she still has a large following. She illustrated other books, including a hand-signed edition of Edward Bellamy’s Looking Backward, a volume called Have We an American Art?, and a number of others.

Her work is difficult to track down, and her complex personal life makes the task even more difficult.  Married three times, she generally painted using her maiden name, Seeds, although sometimes she just used her first name.  But she also worked under her married names: Elise Cavanna (first marriage), Elise Armitage (second marriage), and Elise Welton (third marriage).

One of her most-seen paintings is not abstract at all: it is a mural at the post office in Oceanside, California.  There is an entire website dedicated California New Deal projects. I’m going to reproduce the picture here because I fear that the original website may go away.  The site is cool, so please visit it and have a look for yourself. 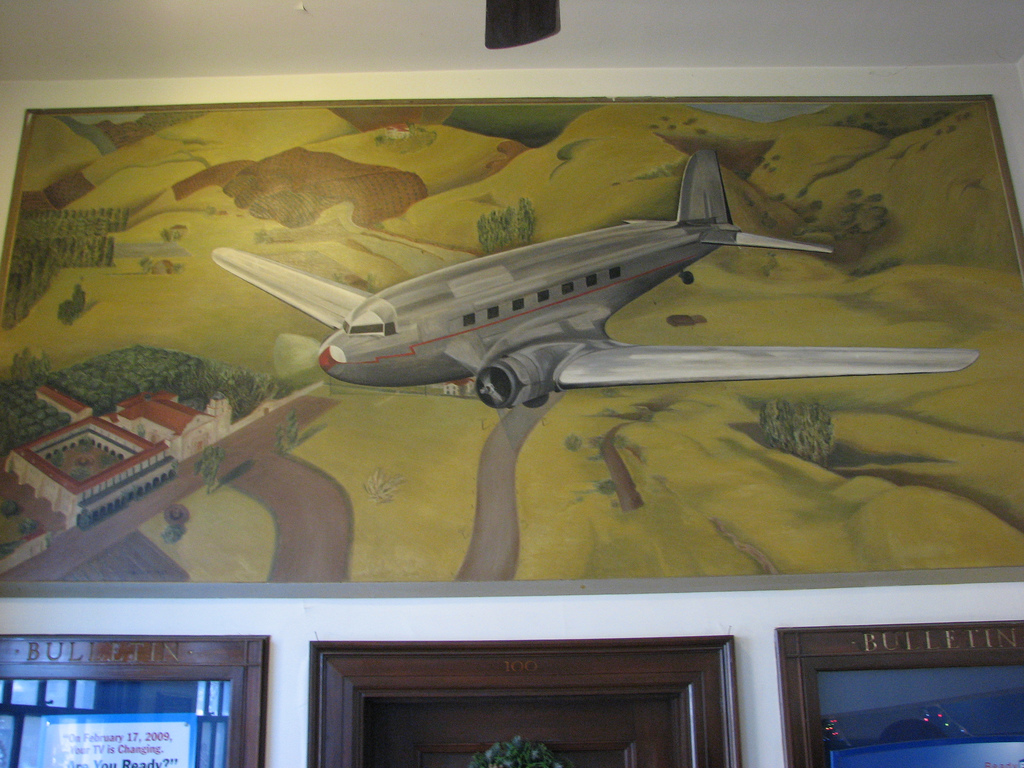 The photo comes from this page: http://livingnewdeal.berkeley.edu/map/view.php?&l=615#pic819

Like many of Fields’ frequent co-stars, Cavanna stopped working with Fields after his illness in 1936-7.  Most of them had regular work in other film series or had other interests.  Cavanna’s film work trickled down to almost nothing, and she focused more on her art.  She closed out her acting career in the same way she’d started it: with Ziegfeld.  She appeared in an uncredited bit (like most of her other roles) in The Ziegfeld Follies (1945).  Cavanna was one of the few original Ziegfeld people to appear in the film.  By the time it was made, the greats like Will Rogers and Bert Williams were gone.  Eddie Cantor and Ed Wynn were busy on the radio.  And Fields was just plain too ill to do it.

I’m sure that there is more info out there on Cavanna waiting to be unearthed.  She deserves her own web page and a good catalogue of her artworks.   At least one more mural may still survive in Los Angeles, but I have been unable to find it.  I’d also love to see photos of her at art openings.  She apparently dyed her hair purple during the 1940s, at a time when such things were not done, even in Hollywood.

(Thanks to Bruce Lawton and Glory-June Greiff for research help on this article.)